#20 - Engineer: Semiplaning monohulls are a new kind of ship

This is a Method of Reasoning—Argument Part question, meaning we're asked to identify the precise role that a specified piece plays in the argument. Fortunately, and as I've noted previously for Main Point questions, if you're analyzing the stimulus correctly you should already know how each item fits into the argument's grand scheme, and essentially have this answered before you reach the question stem.

The component in question is the second sentence: due to increased fuel needs, transportation on semiplaning monohulls will be much more expensive than on conventional ships.

Out of context this sounds like a strong critique of the new ship type, however when considered with the rest of the stimulus we quickly see that the author raises this point not as a protest, but as an anticipated objection he or she is prepared to rebut. And while we'll certainly examine the rest of the stimulus, simply recognizing that characterization—the sentence in question is a potential criticism that the author raises in order to defend against it—is sufficient to select the right answer. Gotta love that.

So how exactly does the author defend against the increased fuel costs smear? By comparing the evolution of air travel to a possible advancement in travel by ship: at first jets were more expensive to use than other planes, but the appeal of greater speed and reliability (advantages we're told semiplaning monohulls offer over traditional ships) made jets attract enough to customers to be profitable.

Conclusion? Semiplaning monohulls will probably be profitable as well.

Answer choice (A): The sentence being addressed is not one of two analogies (there seems to be only one analogy, that between the change in the airline industry and a potential change in the ship industry; the only duality here is that semiplaning monohulls and jets apparently share two common features: speed and reliability), and certainly is not offered to support the argument's main conclusion. Indeed it would weaken the argument's conclusion concerning profitability if the author didn't make an effort to invalidate it.

Answer choice (E): While it is true that distinctions are made between ship types and plane types, both in terms of transportation costs and speed/reliability, the role of the second sentence is much more than that. The author isn't using it to simply distinguish between the types, but rather to address head-on a clear concern for the conclusion, and attempt to remove that concern via analogy. This is probably the closest incorrect option, but it fails to adequately describe the sentence's true function (and is certainly no match for the preceding answer choice). 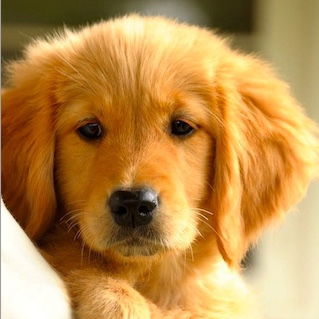 Albertlyu
Fri Oct 16, 2020 4:38 am | Post #2
-  Fri Oct 16, 2020 4:38 am #80062
thanks, I had D, but changed to E at the last minute, because toward the end of D, "......the analogy drawn between ships and airplanes.". my understanding is that the analogy was between different planes to indicate the future profitability of ships. now I understand that it can also be the comparison ships and airplanes since they've got some of the same traits.

Wed Feb 10, 2021 2:10 pm | Post #3
-  Wed Feb 10, 2021 2:10 pm #83972
Glad you got that figured out, Albertlyu! One other thing to note here is that the conclusion of the argument is that semiplaning monohulls will probably be profitable, and that conclusion does not, as answer E says, compare things. It draws a conclusion based on a comparison, but does not itself include that comparison.
Adam M. Tyson
PowerScore LSAT, GRE, ACT and SAT Instructor
Follow me on Twitter at https://twitter.com/LSATadam

Adam Tyson wrote: ↑Wed Feb 10, 2021 2:10 pm Glad you got that figured out, Albertlyu! One other thing to note here is that the conclusion of the argument is that semiplaning monohulls will probably be profitable, and that conclusion does not, as answer E says, compare things. It draws a conclusion based on a comparison, but does not itself include that comparison.

thanks, Adam. I can now see clearly what is wrong with E.

thank you again for your help!