This is a Grouping: Undefined game.

At first this game appears to be a fairly standard Grouping game, but the test makers throw a slight twist into the mix with the last rule that specifies the number of Os selected. Fortunately, this is the only numerical rule, and thus it is easy to remember throughout the game.

Because there is no specified number of fish selected, there is no representation for the group.

The seven rules can be diagrammed as follows:


Here is the complete setup for the game: 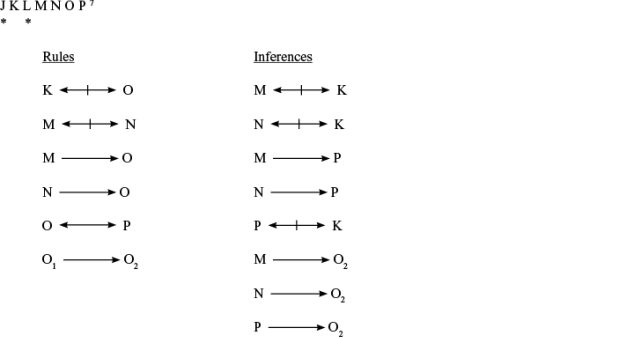 Thanks for the question! That inference is drawn from combining the first and sixth rules:

When that is reduced, it turns into K

P. This inference ultimately means that K and P cannot be selected together.

Please let me know if that helps. Thanks!
Dave Killoran
PowerScore Test Preparation